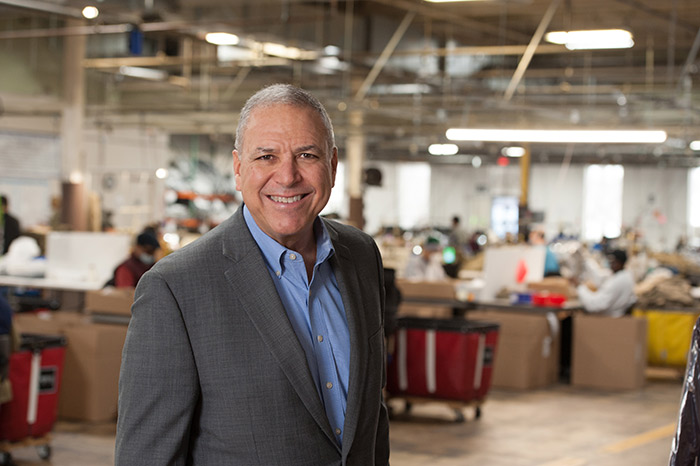 As President and CEO, Jon Katz channels his extensive experience in the military, private, and nonprofit sectors to lead Bestwork Industries into the next era of its 40-year history. Those plans include growing and diversifying the lines of business and shepherding the organization from a manufacturing facility into a social enterprise that will provide people who are blind with comprehensive training and vocational rehabilitative services.

Jon began his career in the U.S. Marine Corps, serving for more than 20 years in infantry, logistics, acquisition, and recruiting. Jon has since worked in the defense industry and as an entrepreneur.

Most recently, Jon served as Vice President, Business Development, Global Distribution and Retail for National Industries for the Blind (NIB), the nation’s largest employment resource for people who are blind. Focused on Department of Defense/Federal Civilian Markets, Jon led the addition of more than 2,000 Blind Work Years, and helped increase channel sales by more than 15% and retail sales by 20%, all while gaining insight into the 100 NIB-associated agencies based in 39 states at more than 250 locations. Jon also provided Advisory & Administrative Assistance Services to Georgia Industries for the Blind to increase business and improve operations, and inspire a transformation of that organization.

Jon’s an active Board member for multiple worthwhile organizations. He currently serves as an executive committee member and an advisory board member for the William P. Carey School of Business Center for Services Leadership at Arizona State University, and serves on the Board of the National Association for the Employment of People who are Blind (NAEPB) as Chairman of the Operations Committee.

When not working, the outdoorsman can be found by land or by sea. Jon is an avid fisherman who enjoys boating and offshore fishing. He is also an avid cyclist, participating annually in the Great Cycling Challenge, an event that raises money to fight childhood cancer.

Help Support Our Cause