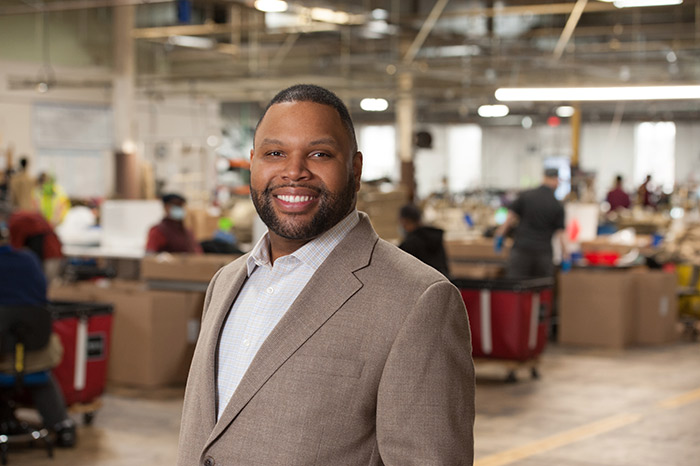 As Director of Workforce Development and Government Affairs, Maurice Tyndell’s role is to focus on external outreach with public, private, and nonprofit entities that will enable Bestwork to fully realize its mission to create training and employment opportunities for people who are blind or visually impaired.

Maurice’s commitment to increase representation of people who blind or visually impaired in the workforce is fueled by his expertise in talent acquisition, training, employee engagement, and advocacy at the state and federal level. Most recently he served as Executive Director of Human Resources at Bridgeton Public Schools where he negotiated six association contracts and established long standing relationships with leadership, staff, and community. In his previous role as Assistant Supervisor of Recruitment, Placement & Mentoring at NJ Youth ChalleNGe Academy, Maurice initiated partnerships with policy makers, collaborated on a successful marketing campaign, and partnered with superintendents and senior level administrators at school districts across New Jersey to increase the program’s visibility.

Maurice earned a BA in Labor Studies & Employment Relations from Rutgers University – New Brunswick and an MBA from Southern New Hampshire University. Currently, he is enrolled in New Brunswick Theological Seminary where he is pursing a Master of Divinity.

Active in his professional community, Maurice serves on several boards such as SHRM (Society for Human Resources Management) and frequently shares his wisdom through speaking engagements. Maurice is also an active member of Alpha Phi Alpha Fraternity, Incorporated.

Maurice’s eyes light up whenever football is the topic be it the NFL (New York Jets) or college (Rutgers Scarlet Knights). He also loves to travel, to engage in debates around current affairs, and is a man of deep faith.

Help Support Our Cause